Voting Records are important. Actions speak louder than words. Find out how your current local senators and delegates have voted on pro-life issues that West Virginians for Life has deemed important enough to score.

There may be times that you are called upon to contact your legislators. That’s why it is important to sign up to receive our emails. Subscribe at wvforlife.org/subscribe/ 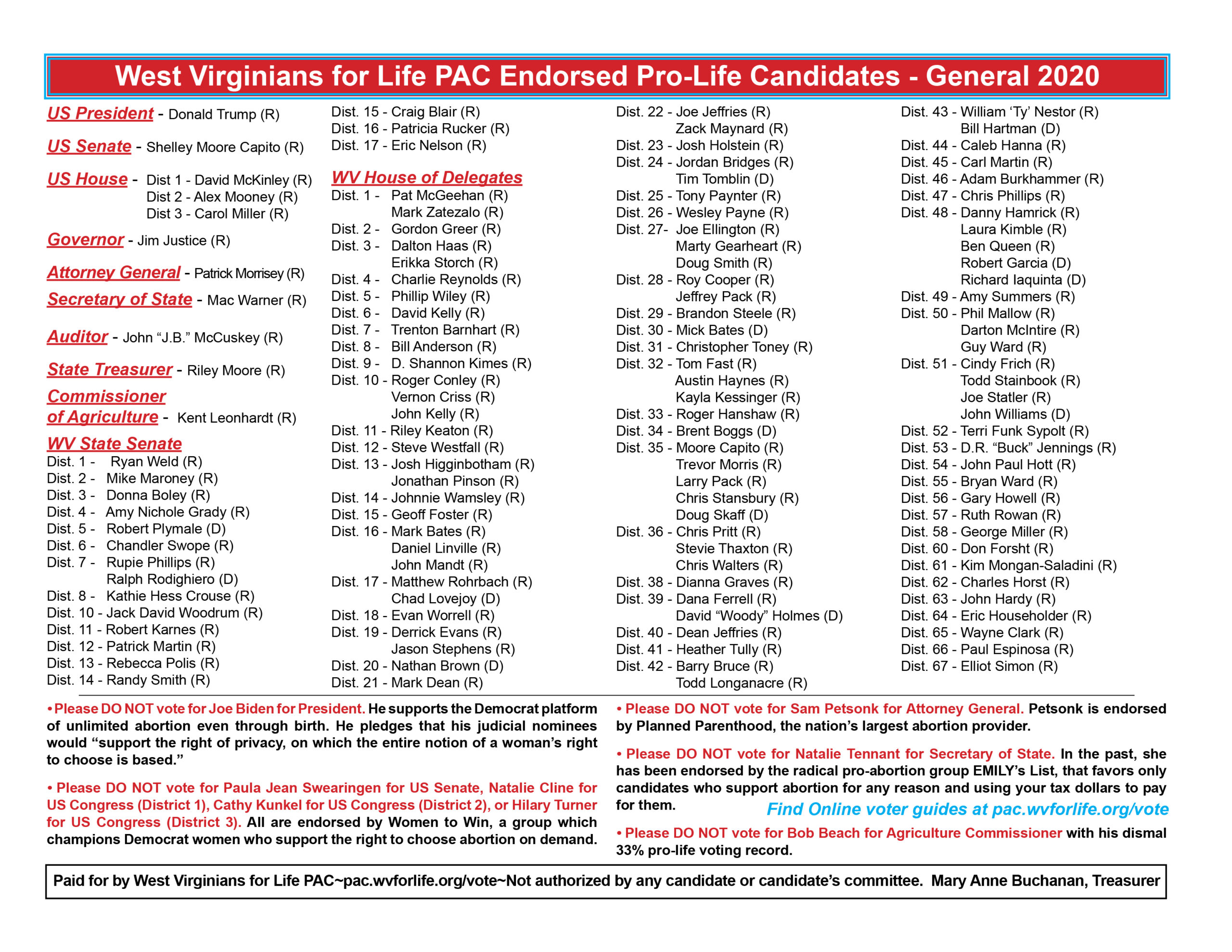 President Trump has proven his pro-life commitment throughout his first term with many pro-life triumphs. Those include appointing pro-life advocates to his cabinet and administration, restoration of the Mexico City Policy, and pledging to veto any legislation that weakens current pro-life laws, or that destroys human life at any stage.

Senator Capito has had a 100% pro-life voting record as a Senator. She voted to defund Planned Parenthood and stop government funding of abortion. She voted for the Born-Alive Abortion Survivors Protection Act and various bills to repeal and replace ObamaCare. She voted in support of both of President Trump’s nominees for the Supreme Court.

Although unsuccessful due to Democrat tactics, all three of them signed the Discharge Petition to force a vote on the Born-Alive Abortion Survivors Protection Act on the floor of the House of Representatives. This is the same bill that just passed and was signed by Governor Justice during the 60-day West Virginia 2020 legislative session.

WVFL salutes our federal legislators for their stand against infanticide and their respect for the dignity of all human life.